FLowers of the Balcony

Only in the past two years have I been able to grow the Passiflora “Passion Flower Vine” offered as containter grown plants at my favorite Mennonite Greenhouses, Evergrowing Greenhouses – Steve and Stella Showalter & Family

Over the past 21 years I have become somewhat proficient in container gardening, as I have lived in apartments that if i wanted beautiful gardens, the only way was in containers.

In Bridgewater I was able to have more containers, even though the apartments I lived in, both are south facing, in Bridgewater it was due south, without any obstructions, blocking the sunlight. In Elkton there are some trees and the orientation here is more southeast. There is just a bit of difference in the way the sun strikes the containers and the length of day for them. It is enough to say that they all get 6 hours or more of sun and that is considered full sun.

Below, is the new additon this year garden, it is Lantana, a very tough everblooming plant, the lantan are planted aternately with the Supertunia’s which should cascade through the balcony railings as well. 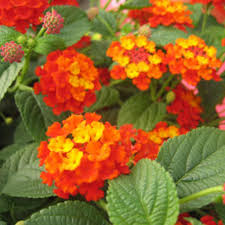 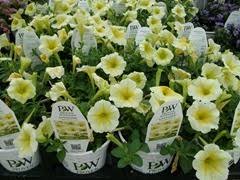 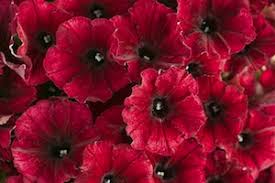 The key with container gardening that most people do not think about is they usually pick containers that are way too small for the quantities of plants they plant. The root systems of plants grow large and require more space to grow and sustain themeselves during the hottest months of the year, July and August.

During the hottest months containers if they are too small, need to be watered sometimes twice a day, morning and evening. If the container is large, there is much more room for the root systems, as well as it takes much more to really dry out a container. I chose deep plastic totes, which I drilled holes in the bottom and used the lids as saucers under the totes. This helps so much in water retention, that your containers even during brutally hot days can go a day without water. Thorough watering is essential, I have witnessed people watering containers that I know the water penetrates a 1/2 to 2 inches, this only causes roots to grow near the surface and makes them even more suseptible to rapid dehydration. You will find thorough watering in larger containers requires much less watering than scant watering in shallow containers.

Every year I always plant geraniums as they are heat proof, drought tolerant (to a point) and reward you with constant blooms throughout the growing season til cutting frost. I always try to plant something new each year. as well. Just so that it does not become the same redundant thing every year.

Two years ago I wanted to try to have something cascading fromt the top railing, however as nice as these metal clamp on baskets tend to look, they are impracticle as they only are about 6 inches wide and as deep, with coco fiber lining which does not hold water as well as I would like, the newer ones actually come with a water retaining liner for the bottoms of the coco fiber liners. I had tried verbena last year (hence this years volunteers) they did resonably well, but they do require a bit of deadheading. This year I picked up a pack of six Portulacca plants and they seem to love their new environment!

Excuse the pictures of the Portulacca, they are not as nice as I would have liked, the pictures are more to show the container they are in than the flowers in this post.

I was rewarded this year with two deep hot pink Verbena that came from seed from last year, total volunteers, as well as a volunteer pale lavender petunia (apparently a gift from a visiting bird) I have 10 geraniums all different colors, as well as 3 Salvia Guaranitica “Black & Blue” Planted around the Oila where they will get a constant supply of water. (Hummingbirds Love Them)! 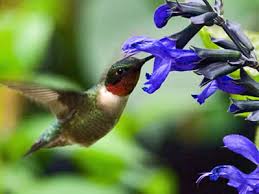 This year the new plantings are a Red Dragon Wing Begonia, Bronze Begonia, Lantana “Flame”, Supertunia “Red” & Supertunia “Limoncello”, Supertunias are billed to be an improve ment over “Wave” petunias, in that Waves tend to die out in the center until seasons end, and Supertunia are to stay growing in billowing mounds, hopefully this is the case as they are planted to billow out throught the deck railings and cascade over the edge!

This morning is a beautiful morning clear blue skies, cool in the 40’s  a perfect day for gardening. Yesterday my friend and I was able to locate the Salvia type that I was hoping to find so they are all planted and hopefully will be  blooming before long so that the little hummingbirds will have flowers to drink nectar from.

The pots of onions, lettuce and micro greens have been replaced with Creeping Jenny vine, geraniums, the blue and white lobelias have been planted, the 3 elephant ear bulbs, and a black elephant ear plant from the greenhouse planted as well a misty white euphorbia. and a blaze orange thunbergia vine. Part of the fun of planting mixed containers is to see how to plant, knowing that some plants like the elephant ears will be tall and vertical, in the open ground they can become quite massive with the proper care, watering and feeding. When potted they can be a good bit smaller. This season will tell all.

The only things left to pot up is one geranium and 4 Verbena plants to cascade over the balcony (well that is the plan) I opted for these over the wave Petunias this year, just to try something a bit different, the colors are striking, ranging from bright cardinal red, hot pink, bright purple and brilliant fuchsia!

My balcony garden is complete now. In the next week or two the last of the violas will meet their demise and give way to the geraniums, this season I can say that I have had blooming plants on the balcony since March. It all has worked as it should, gently over lapping of Spring and Summer flowers gradually giving way to each other so there is no time in which something is not in bloom!  This should take me all the way up to October (depending on how soon Old Man Winter) wants to rear it ugly head and kill everything this year.

Unlike an open ground perennial boarder where I was able to have plants either in bloom or berries, something of color right up into November, which then gave way to the grasses for winter interest, the only thing I had always wanted in my garden that I never had time to get, was deciduous Holly a variety that has red twigs (brown until the hard freezes come) then they turn brilliant red. with red berries that the birds do not eat. (Never plant Red Twig Dogwood) which is very beautiful, but highly invasive as it spreads by underground runners. Then for early flowers I never was able to to get the Hellebores in my garden some varieties start to flower in February. So you see with careful planning you can at least in Virginia have or come close to a 12 month garden.

Who could guess that in November in western Virginia, the Geraniums, Lobelia, Sweet Alysum, and Verbena could be so beautiful. The days are in the 50’s and 60’s and the nights in the upper 20’s and low 30’s and the flowers against the house just keep on pushing out their bright and shining colors.

I decided on this sunny but cold day, that anytime now I will wake up to a not so pretty site. I thought I had better grab the camera and take the pictures now, fore tomorrow may be another story. The leaves on the trees have changed and dropped already and I guess soon my garden flowers will go to sleep for another winter.