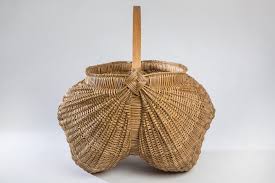 The saga goes on, looking for a cottage to rent in Nelson county now. All has failed in finding a cottage or tenant house in Western Albemarle County. I am still looking there, however does not seem to be anything I can afford in the 500.00/month range.

I am now looking in Northern Nelson County around the Rockfish Valley Community Center and Afton area, actually could be between Afton and Crozet. I have been unsuccessful at locating anything in these areas. If this fails I will have to move back to the valley in Rockingham or Augusta counties. The commute to the studio is no further than driving from Ruckersville 5 days a week.

I will keep the studio at RVCC no matter which side of the mountain I live on. As nice as it would be to live close to the studio, I have drive 50+ miles to Nelson county for years now. Though with the price of gas it would be nice to be closer. I will also start looking in the Waynesboro area, however the real possibility exists in the coming weeks that a move back to Harrisonburg may be my only choice.

If anyone knows of anything like this or has any leads please let me know. My information to contact me can be found on the General Information page of this blog.

While moving can be a positive thing in ones life, cleaning out, throwing away long saved things that you wonder why in the world you ever kept them in the first place. It can also be fraught with uncertainties, new places, new people and new things.

In my case all of my eggs were put into one basket! The people I believe are well meaning, but certainly slow to clear out the rooms needed for me to move and while the date of March 31, the date I MUST be out of my apartment of 14 years by, I find the place I am moving to still has not been cleared for the arrival of furniture, and belongings, (well 10 % of what I have will fit into the space) 90% must go into storage.

I am hoping things will move along at the current Plan A location, however it is so late in the month I find that I must rush to find a Plan B, as an alternative, in case things do not move on Plan A, I have to move by March 24/25th, to give time to clean the apartment.

I have a part time job lined up in downtown (on the mall) Charlottesville. VA

As many of my readers know, I applied for a Habitat for Humanity home in August, went to the meeting and filled out all the paperwork involved with getting it underway.

Then you wait a long time in my case nearly 6 months to see if you are approved for a home, on December 22, 2011, I was told I was approved! Fantastic News!

Well as it has went, my landlord found out and has given me 60 days to VACATE my apartment of nearly 14 years, wanting me out by March 31st, 2012, I had been packing since I found out I was approved by Habitat. Well to pour salt in an open wound from the landlord, this morning I have learned that due to my landlords letter to me, Habitat For Humanity has cancelled their in home visit and now tells me that it will be YEARS, before I could have a home. This is one small point that they do not disclose in their meeting.

Instead they have people speak on their behalf telling how they only waited 9-12 months and their homes were completed. I will admit with the landlord I had felt like a stool was kicked out from under me, but now this with Habitat, just leaves me sick.

I hate to publish a plea for help, for others I would not mind, but I find it hard to do for myself to ask for help. However under the circumstances and the brief window I have of 60 days and the fact that blog reaches many people out there. I am going ahead and ask.

I am in  serious need of a home to rent, at this point anything, I am a basket weaver and will be needing a spare room or dry basement  to weave baskets in, however a spare room would work also. I live in Rockingham Country of Virginia now, I have tried in the past to relocate to Albemarle Country (Charlottesville) and surrounding area, however that has been unsuccessful, but have not given up hope. Augusta and Rockingham would be fine also.

If anyone knows of anything I would greatly appreciate  hearing about it.